Next Generation of Contract Security

Imperial Security force is the next generation of contract security providers. We know what it takes to keep you and your business safe, but more importantly, we know how to add value to your company by providing superior customer service and attention to detail.

As front-line representatives of your company, our guards wear a high quality uniform and take
pride in their appearance.

By paying above the industry average, we can guarantee above average service. As part of our recruitment process we check the backgrounds of all our potential security staff, going back as far as 20 years.

Many come to us from the armed forces
and we particularly welcome those with first aid skills or other relevant experience.

We source out the best talent in the industry.

We run through background checks to ensure only the best get through.

One of our core values; we invest heavily on providing more than adequte training.

We consider resource profiles to ensure you get the perfect security solution.

We will revert as soon as possible Get a Free Quote

Established in the year 2017 and after attainment of significant brand positioning/market/business standing, there was need to
enlarge the presence of the group.

Projects and Security Services surpass our competition in meeting the standards of what a security guard company consists of in the industry today. As a security provider we provide much more than to deter, detect and report. 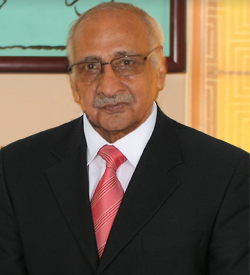 Mr. Chitnis started his career in 1967 as Deputy Superintendent of Police in CRPF. He retired as DIG Police in 2003. In 36 years of his service he has been awarded various prestigious medals including:

He was instrumental in starting unarmed combat training for all India Police. 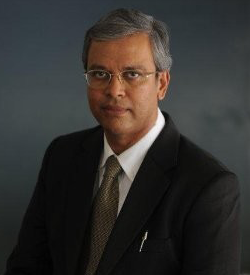 A technocrat and industrialist, Mr. Pradhan is a senior board member of several companies. Known for his expertise in Business Excellence, he drives the perfectionist ideals at Imperial Security. He is also the president of an NGO that supports several schools with an aim to provide free education for the underprivileged.

An MBA in Marketing, Rajeev heads the Marketing function with his young and dynamic personality. With his customer centric nature, he is always the advocate of our customers. Having worked with several large brands across various Lines of Businesses, his experience helps him shoulder his responsibilities well.

Rajneesh is the heart and soul of Imperial Security and heads it with a passion for providing our customers with the best solutions for their security needs. A go getter who stops at nothing to ensure smooth functioning of the company. His hands on approach is what makes him a favorite with all our staff.

To be the benchmark security service company, comparable to any best in the industry, and meet international standard in security service. Our Mission To be committed to offer reliable cost effective customer orientated security services by selecting best security guards, train and retain them to deliver quality service to our customers

Treat all clients with Dignity and Respect